This week the S&P 500 is going to celebrate the longest run bull market in history, according to the Sunday Times. Others question this claim, whatever the conclusion it has certainly one of the longest. Probably also the one with the least conviction in history as well, as investors have consistently come to terms with the effects of 2008.

In the past five days, Wall Street made gains, Europe behaved less well as the effects of the fall in the Turkish lira are felt far closer to home. The possibility that China will send a trade delegation to America also helping market sentiment for US equities. The Turkish lira did have something of a recovery towards the end of the week against the US dollar.

Elon Musk continued to make headlines, not all of which have helped the Tesla share price, which now trades roughly where it did before Mr Musk announced his desire to take the company private once again. The Vix index fell, suggesting that trade war concerns are still not a major fear for capital markets. US ten-year Treasury yields have backed away from the 3% level as the curve flattening has paused for breath.

Looking to the week ahead, the main topics could well be the release of the minutes from the Federal Reserve and the ECB’s last rate-setting meetings. Flash Markit Purchasing Manager Surveys and US Durable Goods orders will probably also make the news.
As the earnings season comes to a close, macro data is likely to take over the focus as investors slowly crawl back from holiday. One of the main events of the year is the Federal Reserve’s meeting of central bankers at Jackson Hole Wyoming, which takes place at the end of this week. There will be plenty for Fed members and central bankers to focus on. The path of US interest rates, Turkey and trade wars probably top of the agenda. Jerome Powell will open the two-day meeting with a speech entitled “Monetary policy in a changing economy. 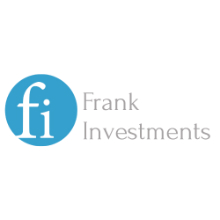 The MPI Summary Reports for June 2022 are now available to download. These reports contain the latest estimates on how client portfolios are likely to have performed over the previous month. To obtain your copy of our reports in Sterling,…

The MPI Performance Reports for Q1 2022 are now available online for you to view and download. To obtain your copy please click the button below. Investment Managers Survey Over the quarter, we saw more managers actively reducing weighting to equities and…

Although a buzzword of our time, Artificial Intelligence (AI), is not a new concept. The earliest substantial work in the field was done by logician and computer pioneer Alan Turing, famed for his contributions to the Allies’ code breaking efforts…

This website uses cookies to improve your experience while you navigate through the website. Out of these cookies, the cookies that are categorized as necessary are stored on your browser as they are essential for the working of basic functionalities of the website. We also use third-party cookies that help us analyze and understand how you use this website. These cookies will be stored in your browser only with your consent. You also have the option to opt-out of these cookies. But opting out of some of these cookies may have an effect on your browsing experience.
Necessary Always Enabled
Necessary cookies are absolutely essential for the website to function properly. This category only includes cookies that ensures basic functionalities and security features of the website. These cookies do not store any personal information.
Non-necessary
Any cookies that may not be particularly necessary for the website to function and is used specifically to collect user personal data via analytics, ads, other embedded contents are termed as non-necessary cookies. It is mandatory to procure user consent prior to running these cookies on your website.
SAVE & ACCEPT