It was a dark and stormy night – 22 people were dead, 15 million trees had fallen down, wreckage blocked roads and railways and a Channel ferry foundered near Folkestone.  The bill for the repairs cost over a billion pounds.  Oh, and the equity markets fell out of bed.

Yes, it was Black Monday, 19 October 1987.  Following a bull run from 1982, equity markets were looking expensive.  On the previous Thursday andFriday, Iranian missiles hit two American tankers off Kuwait and the Americans responded by shelling an Iranian oil platform.  Unsurprisingly, on the Friday, Wall Street fell sharply and programme selling kicked in.  The Far Eastern markets followed the Street down but London was closed for the storm.  When it opened on Monday it was messy – very messy.  It was a shock to the market – and people were shocked.  But shocks do happen – and they actually happen quite a lot.

The history of shocks

Shocks can be big – some get described as ‘crashes’, some as ‘panics’, some as ‘crises’.  A few years ago we had a ‘tantrum’.  We have not had a ‘paddy’ or a ‘hissy fit’ yet but we  probably will one day.  Looking back through the history books, there have been at least 39 shocks since the 14th century.  These include Tulip mania in 1637 and the South Sea Bubble in 1720.  In 1819, a recession in the US gave the country its first boom to bust economic cycle.  And then there was the Tequila crisis in 1994 which was not, of course, when the shots ran out in City bars.  The point is that shocks – even really big ones, are not as uncommon as we may think

So how do people react to shocks?

Usually people react badly and they overreact.  The school of “Don’t panic!”  Some of the media like scare stories –  “Billions wiped off share prices”  is the usual headline at the Tube stations.  And it all gets blown out of proportion.  Now this emotional response to such a shock is actually quite typical human behaviour.  So it is inevitable that geopolitical events make traders and investors nervous.  And that this then  leads to volatility in financial markets.  The current ghastly phrase is “risk on/risk off”.

People also react emotionally to the expectation of a shock.  You may recall a couple of years ago that investors were warned that they faced a “cataclysmic year” where stock markets could fall by “up to 20%” and oil could slump to $16 a barrel.  Apparently the answer was to, “Sell everything except high quality bonds.  This is about return of capital, not return on capital.  In a crowded hall, exit doors are small.”   It was claimed that the current situation was reminiscent of 2008, when the collapse of the Lehman Brothers investment bank led to the global financial crisis.  Except this time China could be the crisis point.

So what does history tell us about shocks?

After that dark and stormy night, I remember walking into the dealing room of Chase Manhattan.  As a very junior broker, watching the FTSE fall so far so fast was a shock.  But I learned something that day.  My boss got us to call all our clients, get as much cash as they had, and get it into the market.  And the market was more than 50% higher within a year.  I learned bad days make good entry points – and this is evidenced by far more notable investors than me.

Giles Keating, Head of Research and Deputy Global CIO, Credit Suisse, said post Brexit, “The large majority of individual major events — ranging from the assassination of Archduke Ferdinand 100 years ago through to 9/11 and recent events in Iraq and Ukraine — impact major stock markets by around 10% or less, with the effect being fully reversed within a month or so.   This suggests that the most profitable strategy has usually been the contrarian one of buying into price falls caused by such incidents.”

Warren Buffett, writing in the New York Times in 2008 said, “Over the long term, the stock market news will be good.  In the 20th century, the United States endured two world wars and other traumatic and expensive military conflicts; the Depression; a dozen or so recessions and financial panics; oil shocks; a flu epidemic; and the resignation of a disgraced president.  Yet the Dow rose from 66 to 11,497.”

And the chart of the S&P looks great over that time period.  It looks like a straight line with a few little wiggles.  The problem is that that is all well and good – if you invested in the S&P a hundred years ago.  But over shorter terms those wiggles get an awful lot bigger and an awful lot scarier.  So I would suggest that it emphasises the point that entry points are just as important as exit points

So what can you do if you are invested?  Can you minimise the effects of shocks?  Well, the first thing is that you can diversify – and bring other assets into your portfolio.  We all know diversification is a good idea don’t we?  Diversification is certainly not a new idea.  Miguel de Cervantes Saavedra wrote in Don Quixote, “It is the part of a wise man to keep himself today for tomorrow, and not venture all his eggs in one basket.”

The other option would be to sell before the shock hits and then buy back.  This sounds great – it is basically market timing.  You buy in the lows and sell at the highs.  The problem, of course, is the reality of investing and here, again, I shall return to what the experts say.  First, the great Charles Ellis in How to Win the Loser’s Game, “The evidence on investment managers’ success with market timing is impressive – and overwhelmingly negative.”  Followed, in The Intelligent Asset Allocator, with “Market Timing is a wicked idea.  Don’t try it – ever.”  Then there was John Galbraith, “There are only two kinds of forecasters – those who don’t know and those who don’t know they don’t know.”  To this, William Bernstein added, “Then again, there is a third type of investor – the investment professional, who knows that he or she doesn’t know, but whose livelihood depends upon appearing to know.”

So, if diversification is not the magic bullet and we accept we don’t have crystal balls, where does that leave us?  What, in the real world, can we do?  Well, we could give up and take the so called “long term view” and blindly follow the markets up and down.  Let’s face it, a lot of people do it – some do it deliberately, some do it because they have lazy advisers.  But it’s not really acceptable is it?  Certainly not if you are being paid to be an active manager

The reality is that the answer is pretty dull.  You have to stick to the basics and not overcomplicate things.  You have to understand the difference between strategy, tactics and opportunities.  Strategy – that’s about your long term goals.  Tactics are about mitigating shorter term risk and exploiting shorter term themes.  Opportunities are trades – betting on short term mispricing against expectations.  But for goodness sake don’t confuse them amid the noise and angst of a shock.

You have to make sure that you have a clear investment philosophy and that you apply it with conviction – it is your shelter when the night is darkest and stormiest.

Fear and greed.  Let’s deal with greed first – don’t get greedy as it will lead you to take too much risk.  And accept that fear is good – there is nothing wrong with rational fear.  Also remember that cash is not a bad thing if you are fearful.  Then plan – make a proper long term plan.  A plan that sets out what you will need to address as and when longer term events play out.  That means a plan that looks further out than your next investment meeting.

Remember that a shock does not, necessarily, presage a major downturn or a crash.  And accept that there will be shocks along the way.  Finally, do not forget synchronicity.  Multiple shocks can occur simultaneously or sequentially and that can magnify the angst and confusion.  But they may not be part of a pattern.

Will there be another dark and stormy night?  Absolutely! 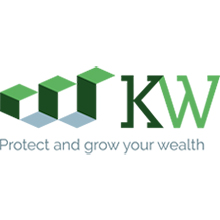 Owning an asset directly is not always achievable or in line with your overall investment objective. Henry Birt uses the current Bitcoin rally to explore how else investors might join the bandwagon. Bitcoin’s meteoric rise continues, seemingly unabated by the…

The MPI Summary Reports for April 2021 are now available to download. These reports contain the latest estimates on how client portfolios are likely to have performed over the previous month. To obtain your copy of our reports in Sterling,…

The MPI Performance Reports for Q1 2021 are now available online for you to view and download. To obtain your copy please click the button below. The table above shows a summary of the Q1 performance calculated from over 130,000 real client portfolios…

The UK is at risk of falling into a ‘gender split’ coronavirus recovery – with men getting back into the labour and savings market faster than women. This has been exacerbated by our return to lockdown since the start of…